The name Killeen is derived from the main focal point of the area where the church is located. Killeen, Cillin or Cillin Beg means “A burial place of un-baptised children”. Over time many of these places lost their identity as generations forgot or were not informed of the burial grounds. Thankfully, there are many Cillins marked on maps.

Gathering at the church

A very prominent standing stone is located in the graveyard at Killeen and from this one could deduce the graveyard has been in use for many years and was called Killeen because of the many unmarked graves located there, noticed only by the raised level or small marking stones. As the church has been the main gathering point for over one hundred years, it is possible that the half parish of Kilgeever was thus named Killeen. 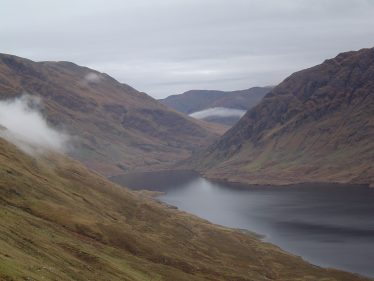 The half parish of Killeen starts at the mouth of the Killary, Irelands only Fjord, and stretches up along the coast towards Clew Bay. From the coast inland is Doolough. Every year the Famine Walk takes place in this area which is a vast hilly, green and brown landscape shadowed by Mweelrea, Connaught’s highest mountain.

The area is rich in archaeological sites