You are here: HomenextPlacesnextLandmarksnextLady Heath: Famous Visitor of The Lost Valley 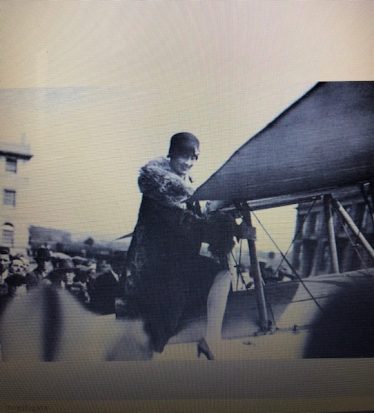 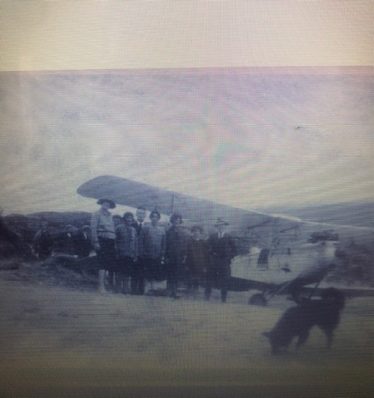 We would like to thank the Bourke Family from The Lost Valley for allowing us to add this Wonderful story to our website.

In 1928 Lady Heath landed her aeroplane on the Uggool sands, it promptly sank in the quicksand, the Bourke’s swung into action and having many times rescued their cattle from the quicksand knew exactly how to approach this difficult undertaking before the incoming tide drowned the aircraft.

Born in Limerick. Lady Heath was the first ever British women’s javelin champion and holder of a world record high jump. By 1928 she was also one of the best known aviators in the world, being the holder of many altitude records and the first woman who had ever done the Loop the Loop and also the first to have parachuted from an aeroplane.

3 months prior to her landing in The Lost Valley she had set another record, being the first pilot male or female to fly an open cockpit aeroplane from Cape Town when she touched down at London’s Croydon airport to world wide acclaim.

She subsequently wrote a letter to the local newspaper the Mayo News pleading on behalf of the Burke family.

“After my machine had become bogged in the quicksand under Muilrea and after the inhabitants had helped me to save it……. If the road could be extended to Uggool, it would be of inestimable help to those who are obliged to live and make their living in these parts. At present they are existing in the face of cruel difficulties as regards transport. The finest blood in Ireland, the healthiest, pluckiest folk in the world cope from this west country… can we not help them a little to make their wild hillsides a little more accessible by just a few miles of road and bring them a little nearer to amenities of civilisation.”

Her appreciation did not end there and a couple of months later, 18 year old John Burke with neither tools nor experience, commenced employment at the same Croydon airport, in the skilled well paid position of aircraft carpenter. He seems to have learned quickly as he remained in employment there for some time. Later one of John’s sons had a distinguished career as an RAF fighter pilot.

To find out more about:  The Lost Valley