You are here: HomenextPlacesnextLandmarksnextSrahwee Wedge Tomb and Submerged Forest 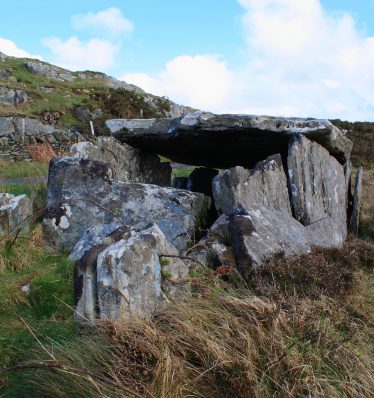 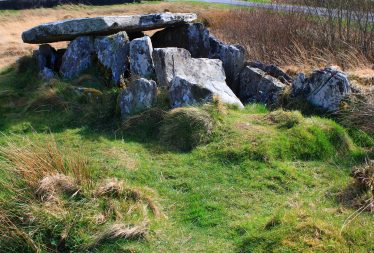 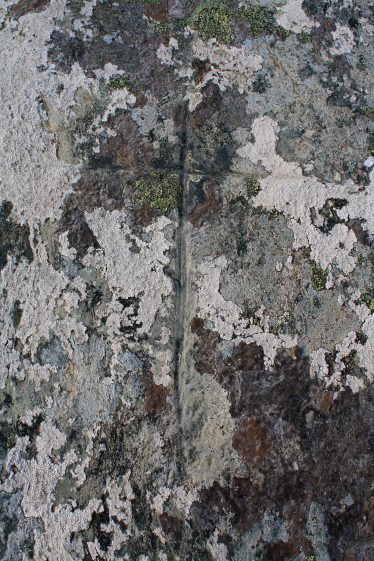 Wedge tombs are the most widespread of the megalithic tomb types in Ireland. In one of Mayo’s most picturesque locations on the western side of Doo Lough lies Srahwee, one of the best preserved examples of a wedge tomb in the country. Wedge tombs were introduced in the south-west of the country probably by newcomers from France around 2000 BC at the close of the Neolithic period, and continued to be built in the Bronze Age.

Wedge tombs are so called because of their wedge shaped plan, wider at the entrance and gradually tapering towards the rear. This tomb has a well defined tapered structure with double walling of the segmented gallery which is partially covered by a large flat roof slab. In Penal times, the flat capstone served as an “Altar”, indeed it has a primative incised cross on the upper surface at the south-eastern end. The tomb is therefore known locally as “ Altóir”. Around two thousand BC, the Bible tells us that Abraham led a small tribe of Semites from Mesopotamia to Canaan, an act that would ultimately lead to the creation of Judaism and also Christianity. Twenty five hundred years later, the first Christian bishop, St. Patrick would arrive in Ireland and begin the conversion of the pagan Irish. He spent forty days and forty nights on nearby Croagh Patrick, a deed which is commemorated today in an annual pilgrimage on the last Sunday in July. A door stone closes the tomb entrance which faces west. There is some indication of the existence of a cairn.

Across the road from the tomb lies Lough Nahaltora which in the past was known as a holy well by local people. Four thousand years ago the land here was dry and firm and a great forest of Scots pine covered the valley. Today the forest is gone but the stumps of the ancient trees still protrude from the brown waters of the lake like headstones commemorating the long forgotten inhabitants of the area. 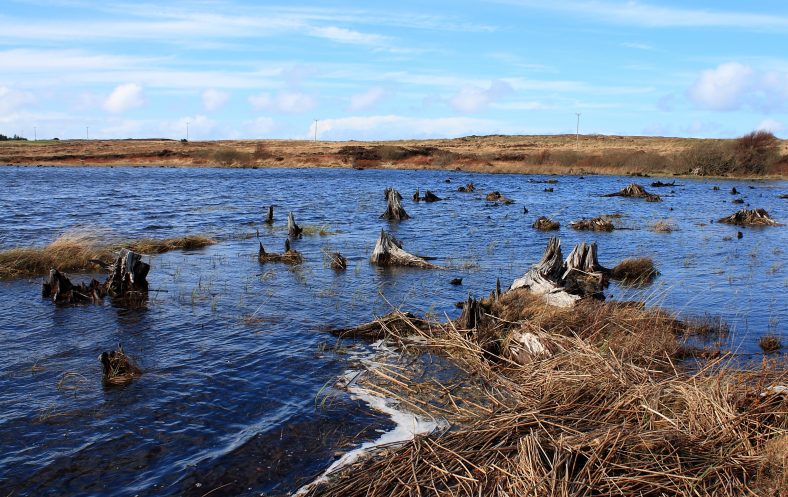