You are here: HomenextPlacesnextLandmarksnextStanding Stones

What are these mysterious large cumbersome silent solitary stones that are set vertically in the ground in fields around Ireland?  They are known by many names; Orthostats, Liths, Coirthe, Dallán, Gallán, Lia, Liagán, Monolith, Menhir, Pillarstone, Stollaire, Megaliths or more commonly standing stones.  It is difficult to date these stones but it is thought that most standing stones date from the Bronze Age but some are much earlier, like the Neolithic great Passage tombs in Newgrange Co.Meath.  Earlier still is the standing stone in Greenville Co. Offaly, which dates from the Mesolithic Age.  Where standing stones appear in groups together, often in a circular, oval, hinge or horseshoe formation, they are sometimes called megalithic monuments.

Many uses for stones 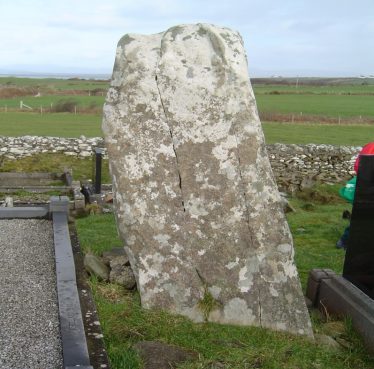 They come in many different varieties and there are many fine examples in the Killeen area.  Standing amongst the modern gravestones in Killeen graveyard stands a 2m tall stone.  This stone which once stood tall now leans sadly as if bowing its head.  On the surface of the stone there is a cross carved on it that looks like a flower in a circle.  Though simple in form, all their uses are not known but some may well have been ritual.  Some of them were placed to mark important burials, others important borders of territories or farmsteads and others for travelled routes.  Some used for religious rites whilst others stand as huge gravestones marking the burial places of ancient folk. 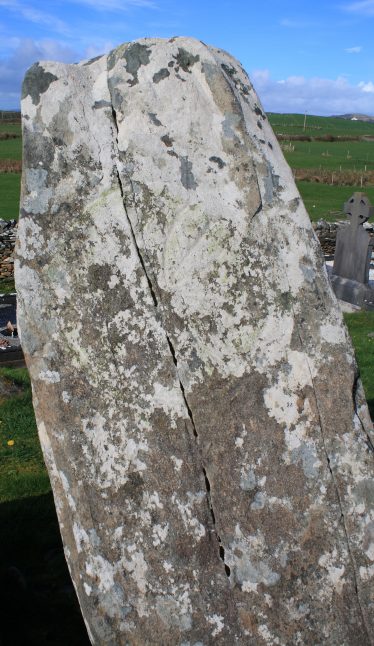 A sticky end for the treasure seeker?

It is amazing how these tall granite blocks where moved to their location and the erecting of them shows how ingenious the engineers of these stones were in the Bronze Age times.  It is no wonder that legends have grown up around these relics of a time gone by.  A pair of stones at Cross Beach which date to 2,000 BC were reputedly thrown to the mainland from nearby Clare Island by an ancient giant.  Another story suggested that treasure was buried beneath a standing stone and one day a local man tried to dig for the treasure, but was crushed to death when the stone fell on him.  His ghost is said to haunt the spot, making an appearance on dark and misty nights.  Whatever the story is behind these stones the tradition of buried treasure is a common folklore motif, and so is the fate of the man, as in many tales those who search for fabled treasure come to a sticky end. 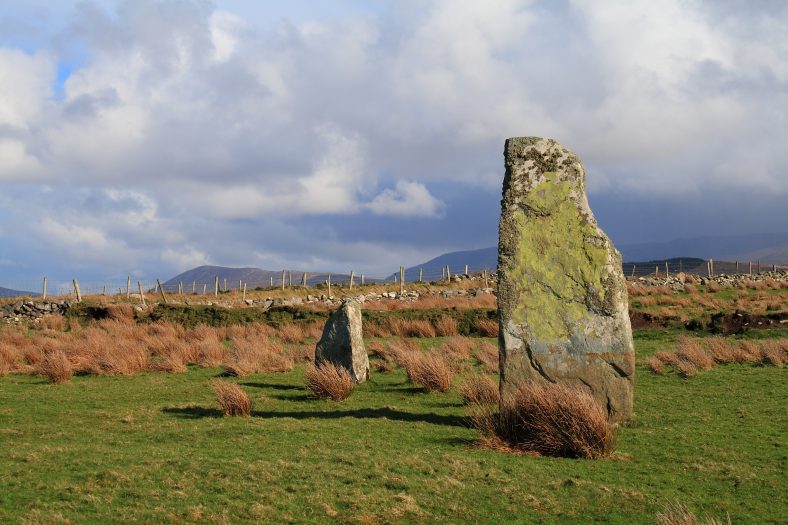