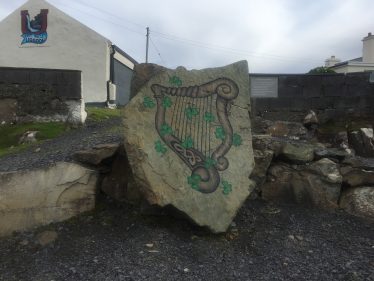 As part of Heritage week in the Louisburgh/Killeen area I took the opportunity to take part in a guided walking tour of The Lost Valley of Uggool (meaning Eagle’s Egg).

Under the veil of Connaught’s highest mountain Mweelrea (meaning The Bald King), The Lost Valley is located at the very end of one of the most spectacular coastlines in Ireland, rooted just along the wild Atlantic Way and nestled beside one of the most vast, peaceful beaches in Mayo, Silver Strand.

The Bourke family have lived and worked in this beautiful valley for over three centuries and Gerard and Maureen Bourke now lead groups of all ages along their land; educating people about the fascinating and colourful past their family and land has witnessed. 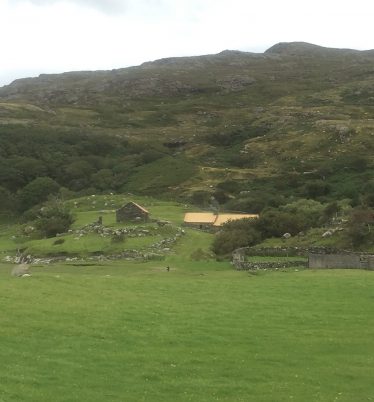 Upon arrival, I immediately felt welcomed as Gerard and Maureen ensured everyone on the tour felt comfortable and at ease. I could not wait to set off as Maureen explained what was ahead of us for the next three hours as we walked on a well-developed trail along the different points of interest in the valley.

Gerard explained to us that many generations of their family have lived in this remote spot and over the years had to travel over treacherous mountainside on foot or wade along the shoreline at low tide to simply travel to the main road. The significant lack of safe road access experienced through the years has meant that when Gerard and Maureen returned to live in the valley in the late eighties, they were motivated to work extremely hard to ensure the development of the roadway that now exists today. 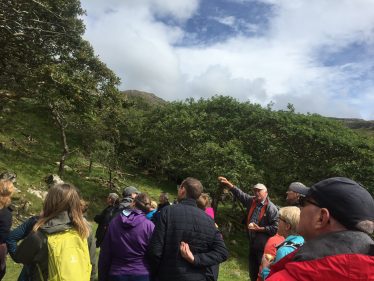 Just off from the start of our tour Maureen encouraged the younger members of the group to feed the pet lambs highlighting to everyone that they still have a working farm. Gerard and one of his daughters then acted as our guides, leading us upwards away from the family home where we began, and along the inserted man-made trail that ensured the walking was practical for everyone. We were graced with spectacular views from the off and we gazed out over of the islands jutting into the Atlantic Ocean. 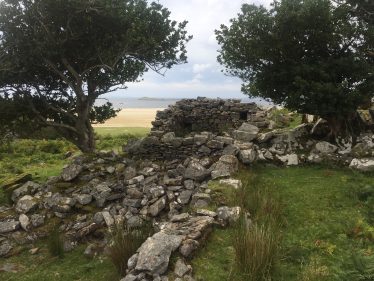 Gerard’s extensive knowledge of history and his love of folklore is evident and very infectious. His storytelling ability helps immensely when trying to envisage the life of those that once inhabited this valley and makes this history filled trip exceedingly enjoyable. We were surrounded by cottage ruins and old stone walls left preserved after those that lived there were so harshly evicted during the great plight of The Famine. We observed potato beds left behind, stones heaved from the ground, left in small mounds, intended to be used but simply discarded when their owners had to flee. It’s clear every inch of land was used in order simply to survive.

The scenery throughout is incredible from the wonderful species of trees to a spectacular waterfall, this environment has so much beauty to offer. The tour not only guides over one of the most breath-taking landscapes I’ve ever witnessed, it is also a truly enlightening glimpse into what our forefathers did to survive. It provided me with an education into our history that I did not even know I needed but was delighted to delve into. 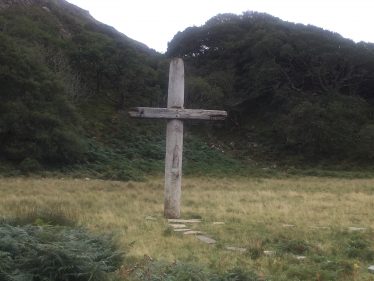 The history lesson continued as we went onto pass a mighty cross erected by Gerard’s family in memory of those who were banished, lost and forgotten during the famine left lying in unmarked graves all around us. This undoubtedly bought to home the unbelievable poverty, misery and lack of humility endured by those at this time and had a heart-breaking effect on both myself and others on the tour. 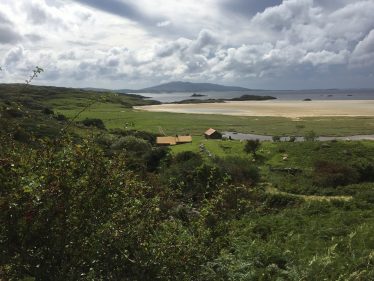 The view overlooking the Atlantic

Our tour then continued as we travelled on further to the mouth of Irelands deepest glacial fjord, Killary Harbour, a magnificent sight. Down from here we walked to the final stop on our journey, Gerard’s own family’s cottage. Here was the exact spot where his ancestors decided to settle many years ago resulting in him and his family living there today. Here we got to witness the work of the sheepdogs that live on the farm, expertly trained by Gerard. This not only reminded me of their importance now on the farm and of the important role they have played to farmers throughout history, but it acknowledged too that this is still a working family farm that carries on these traditions still.

At the end of our trek we warmed up beside the fire with a smoking cup of tea and a few biscuits at hand. This was undoubtedly an amazing experience and I thoroughly enjoyed my visit to this wonderfully pure and unspoiled landscape. I cannot recommend The Lost Valley highly enough; it truly is an ingenious way to combine a family livelihood with sharing secrets from the past. A hidden treasure that thankfully is now being shared. 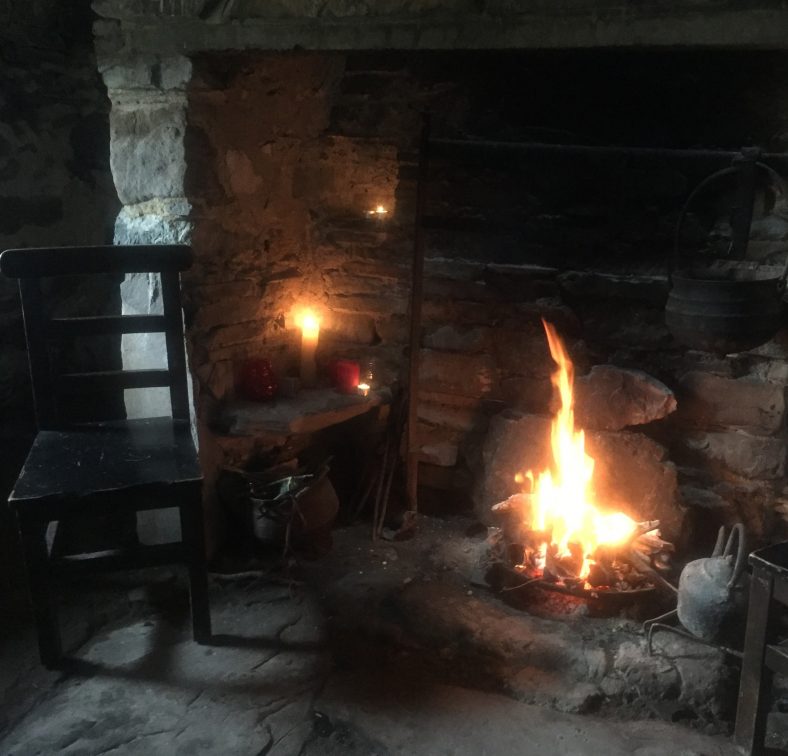 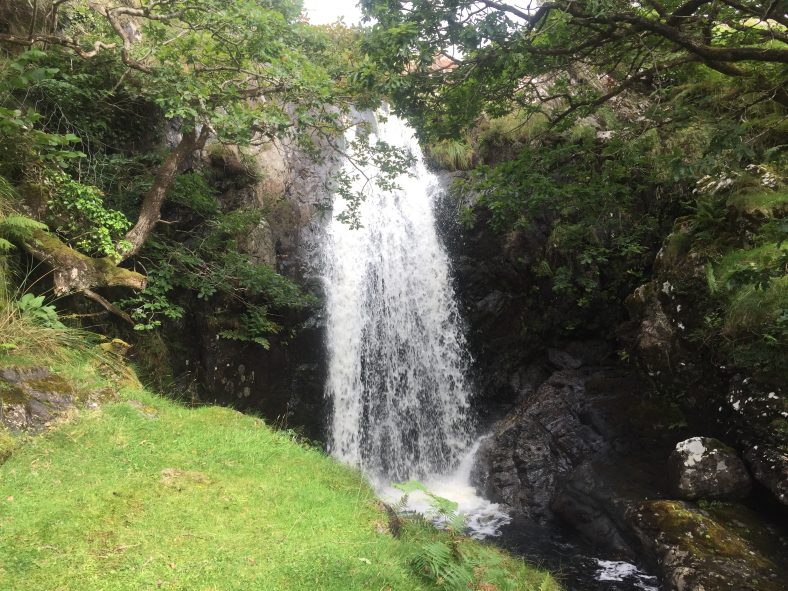 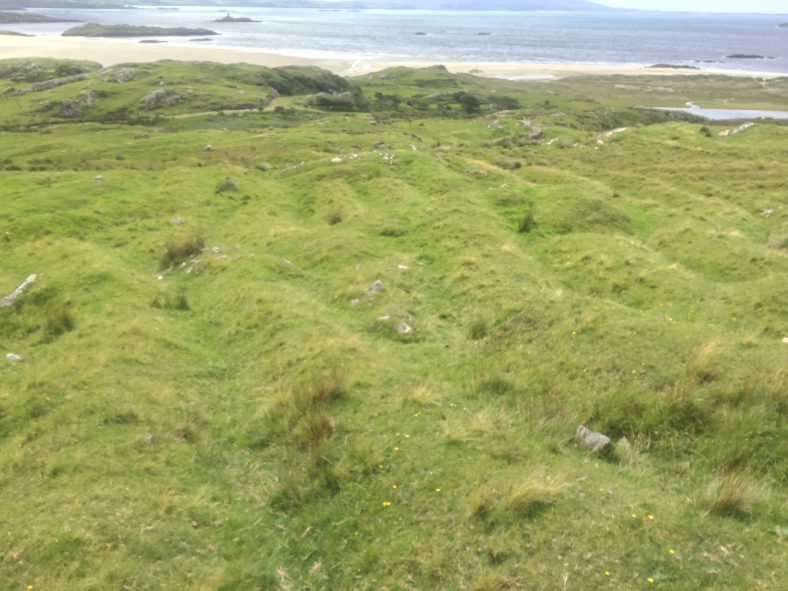 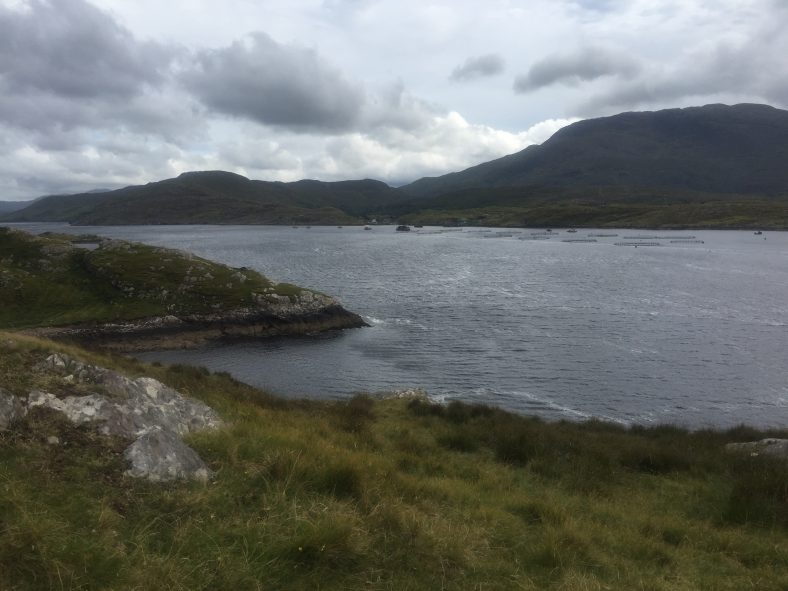 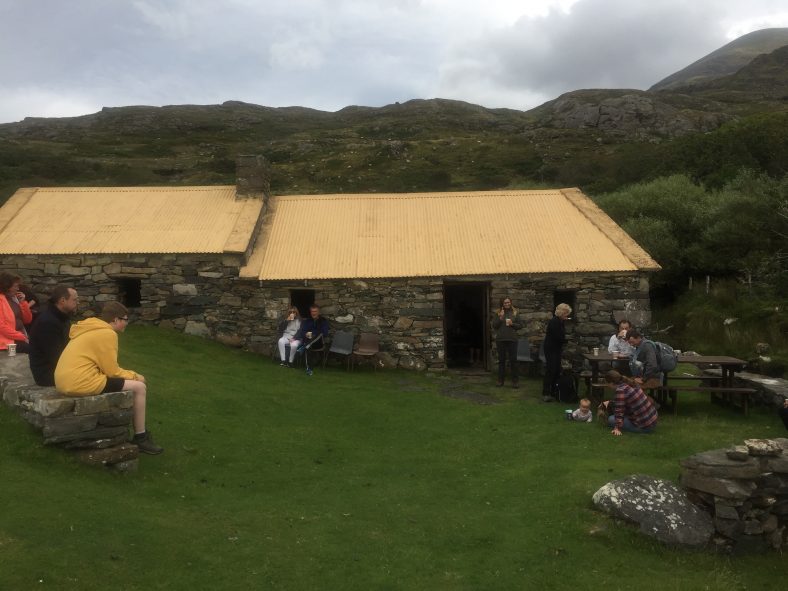