After the "River Dee" 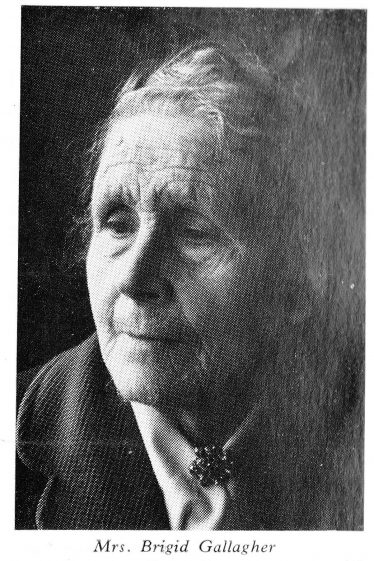 Just an hour before the dawn,

The “River Dee” was stranded

On the rocks of Barnabawn”

The Belfry of the old chapel of Gowlawn is still overlooking the Atlantic and the beautiful village of Barnabawn. It was at that village that a British cargo ship “The River Dee” was driven into the rocks as a wreckage. She was wrecked while on her way to Westport with a load of timber & copper on New Year’s Night 1871. The story of the loss of that ship is intimately associated with the church of Gowlawn; and some of the incidents that happened at the time of the appearance of the wreckage are, I think, worth re-telling.

The “River Dee” was a sailing ship; but little is known of her besides, for she was wrecked out at sea and arrived at Barnabawn without crew. I never heard anything about the crew in all the tellings of the story in Kinnadoohey in my young days there. Of course there was no radio or such means of communication in ships in those days. The above verse was just one from a song composed locally about the event. Indeed the “River Dee” was a household word all our lives and there was many a telling on it.

In 1870 the church of Gowlawn had a thatched roof which was in very poor condition and leaked through the entire building. It was obvious that a new roof was needed, and that it must be put on at whatever cost. However, money was very scarce and the priests’ dues was as much as the people could afford to contribute towards church finance. Then came some welcome consolation, out of the blue, in June of that year.  The Lodge at Thallabawn (now occupied by the Staunton family) was then the property of a Scotch family named McDonnell. Every year quite a number of visitors spent their holidaysthere. One of these visitors* (or “gentlemen” as they were called locally!) noticed, as he passed the road on his horse, that the church roof would not last much longer. As he knew that the people of the area could not afford to put on a complete slate roof, he went to the priest and offered to buy the slates himself if the “flock” would supply the timber. This wonderful offer, coming from a visitor-who, incidentally, was a Protestant- was welcomed and accepted by all, and on the spot an all-out campaign for timber was begun. A sizeable lot of timber was given by local people who had “got it ashore”; but it was a tedious business and it was obvious that the campaign would take years to complete.

To make matters worse, the priest in question was changed just at that time – just when he and his flock at Gowlawn were getting things underway. The people resented this change very much and the Archbishop was asked to leave him in the parish until the church was roofed. However, a new priest- Fr. Ryan as far as I could gather- arrived to find that the church of Gowlan was locked and that he would not be let in. after hearing the peoples story he promised that he would do his best ot replace for them his predecessor, and eventually all went into mass.

The harvest of that year came bad and by Christmas the roof was almost off the church, to the extent that Fr. Ryan’s sermon on Christmas Day was on the subject of roofing the church. It was on that day that he made the statement: “We will have to get timber for the roof whether we get in on land or on sea!” Well, the big problem seemed settled on New Years Eve when the “River Dee” was wrecked. There was timber for three miles along the shore – from the Whitestrand down to Carrowniskey strand. As the word got around, and the local people piled up the planks and baulks for the church as they thought, (a baulk was a log one foot square and anything up to thirty feet long) the Customs at Westport got word also. Before twenty four hours the Customs officer was on the scene and his manner, I believe was anything but civil. He immediately warned that any timber that would be removed would warrant arrest. He then employed ten men to gather the timber at one point, and said that an auction would be held at which anyone could buy. When the timber was all piled the ten men asked for payment but the Customs officer refused to pay them. Fr. Ryan was told about this. He warned that before one plank was sold the men would have to get their two days wages. The local people knew little about the date of the auction but they watched the timber daily, and Fr. Ryan was intent on getting his roof. 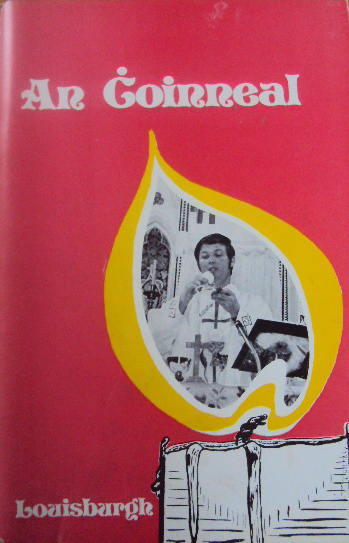 A week later the Customs officer arrived with his auctioneer and about twenty policemen. There were also a number of buyers, mostly with English interests, and a few business people. They passed through Louisburgh while the priest was out, but as soon as he got word he galloped his horse after them. I believe he came by Doughmakeon, Carrowniskey and Cross; and on arriving in Cross his horse was “all- in”, so he borrowed one of two horses from the Cross people. The owner offered to saddle his second horse and accompany him, but the priest told him: “Give me the better of the two, and keep as far back as me as the sand from my hoofs won’t hit your face”. (The sand from a fast galloping horse often went back fifty yards). By this time the Custom people and the police had arrived in Barnabawn and the ten men had again demanded their wages and had defied the auction to start. The police were ordered to take them off and they were taken up to Kinnadoohey and put into a barn belonging to one of the Frazer families. There they were to be “herded” presumably until the auction was over.

Father Ryan arrived on the scene in Barnabawn and before he dismounted he was told of the arrests. He hopped from the saddle in anger and jumped on the timber and demanded the release of “his men”. He also demanded that they be brought back right there and be paid their wages before one plank was sold. He got little heed at first from the Customs Officer, but he had the full support of a couple of hundred people there. After many hot exchanges the men were brought down from Kinnadoohey and were paid-their pay being so many planks of timber each. They auction then went on-and the first lot of timber bought was, I believe, the roof of Gowlan Church. The price was one shilling per plank and a plank was twenty feet long, one foot wide and six inches deep.

There was a quantity of copper and iron also on the “River Dee”, but most of it went to the Customs. Of course there was some timber (and other oddments) being picked up locally and there are pieces of the wreckage in the area still. Some pieces of timber came ashore for over a year after the event. But that year Gowlan Church was roofed and slated.

That is the story of the “River Dee” as my people had it and as I heard it both from them and from my good old neighbours there. Many people knew there ages by the year of the wreckage: they were born in the year of the “River Dee”, you’ld hear. Many of them were proud of this association but others- especially men and girls going into there forties and still unmarried- hated to hear anything of “The River Dee”. They did not want to be reminded that they were born that long ago!

*His name is given locally as Hildebrande-Editor

Mass was in Gowlan Church at eleven o’clock only, and people often came fasting (as was then the rule) so as to get Confession before Mass and then receive Holy Communion. A woman from the Far-West came fortified- she secreted in her bosom a cake of “boxty” with which to break her fast on the way home.

Kneeling down before the priest she sighed aloud, and the priest said: “Come on now and get that load off your chest!” Amazed, she admitted all: “Ora Father”, she said “How on earth did you know that I had it?”