You are here: HomenextTopicsnextArt-Literature-Poetry-Drama-PublicationsnextGranuaile Pirate Queen

The Ireland of Granuaile

Grace O’Malley or Granuaile is a name associated with the west of Ireland and more particularly with the Louisburgh coastline around Clew Bay. Legends and stories of her exploits in the sixteenth century abound, some based on fact exaggerated with the lapse of time, others founded completely in the realm of fantasy. 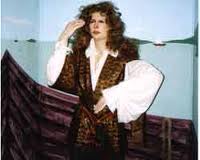 The name “Grace O’Malley” conjures up for some an image of an Amazonian type woman, ruthless and domineering, performing incredible deeds with no particular end in mind; for others the name is associated with a figure of fiery patriotism, whose sole aim in life was to expel the foreign invader from native soil.

What were the real circumstances surrounding the life of this remarkable woman? For over 70 years she lived in one of the more remote regions of Ireland, yet her name is recorded for posterity in the Elizabethan State Papers.

The story of Grace O’Malley is “larger than life”, but so also is the turbulent and eventful age to which she belonged. The character of Grace O’Malley must be examined within the context of her time. A century of exploration and discovery, of wars and intrigue, of armadas and invasions, of glorious empires at the pinnacle of their power.

Fearless leader by land and by sea, political pragmatist and tactician, rebel, pirate and matriarch, the most ‘notorious woman in all the coasts of Ireland’. Grace O’Malley challenges and manipulates the turbulent politics of the 16th century – a period of immense social change and political upheaval.  Breaching boundaries of gender imbalance and bias, she re-wrote the rules to become one of the world’s documented feminist trail-blazers.

The  Louisburgh Exhibition Centre gives us some idea of the facts of Grace O’Malley, famous “Pirate Queen”, her life and times, through pictures, artefacts, replicas, video, etc.

Granuaile ruled on land and sea in Connaught over 400 years ago.  A Pirate Queen and Chieftain, she became a legend.  We meet Granuaile, or Grace O’Malley, as a young girl on Ireland’s west coast.  Her father is a strong chieftain and loves the sea.  Despite her parents’ objections, Granuaile becomes a better sailor than any of her father’s crew and so the adventures of the Sea Queen begin. 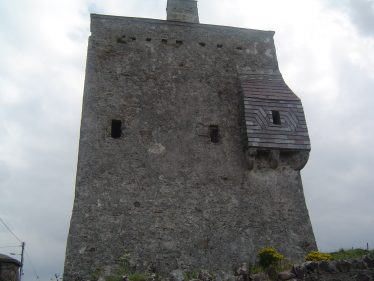 We sail on her galley to Spain where war with England affects Granuaile and Ireland. We meet her husbands, Donal of the Battles and Richard in Iron, and are on board ship for her son’s birth and pirate attacks.  After many escapades we sail to London for her famous meeting with queen Elizabeth I.  And we stay with her in her castle at Rockfleet where she dies in 1603.

Reprinted from “Granuaile – The Life and Times of Grace O’Malley” and “Granuaile – Sea Queen of Ireland” with kind permission of Anne Chambers, author.