You are here: HomenextTopicsnextNewspaper Archives and Paper documentsnextBillheads from James Kelly shop in Westport

This is a collection of billheads (invoices/receipts/order lists) relating to Louisburgh businesses. They were sent to Kelly’s, The Octagon, Westport, who were wholesale and retail grocers, tea, wine & spirit dealers, etc.

A number of these items are addressed to P.J. Kelly, who founded the business in 1871 and was married to Sarah McEvilly from Bunowen. Many of the earliest items below relate to Sarah’s father, James McEvilly. By the way, his brother was Walter McEvilly, who with his wife Julia had a bar & grocery shop on Bridge street in Louisburgh for many years up to the early twentieth century.

James and Walter’s older brother was Archbishop John McEvilly of Tuam. Another brother was Canon Jeremiah McEvilly, for a long time P.P. of Aughagower. James died in 1901 and some of the items below were bills settled following his death. Some are addressed to his son, John McEvilly. The rest were sent to either Peter J. Kelly or his son, James W., or his son (my father) John.

The business is still going on The Octagon and now sells handwoven tweeds and handknitted items, Irish linen, hats and caps, etc.

Click on any billhead below to view enlarged version 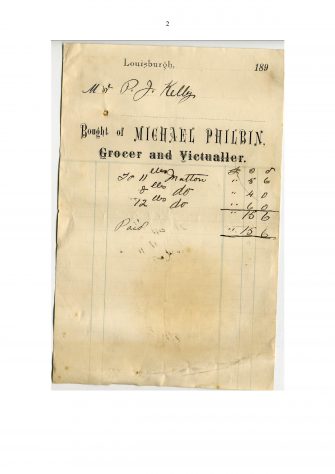 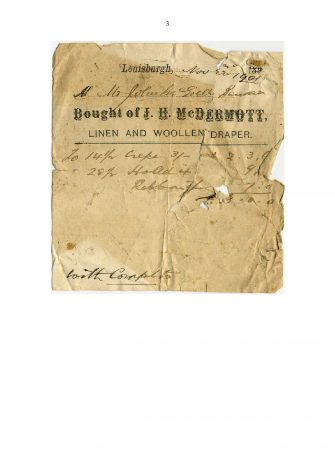 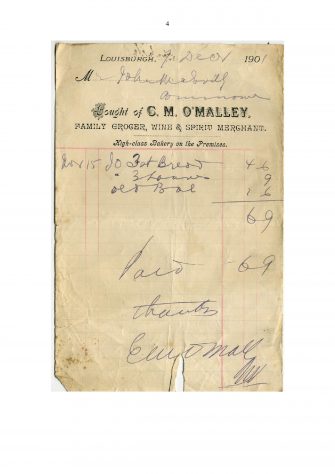 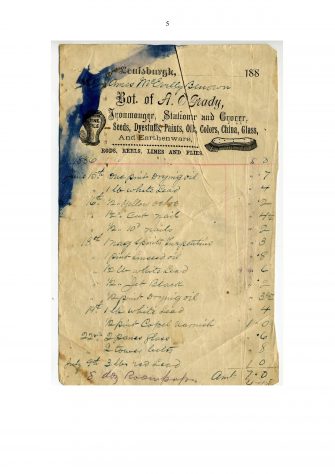 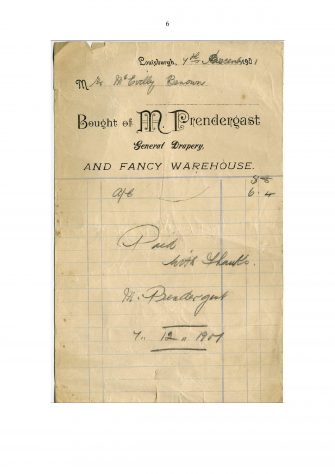 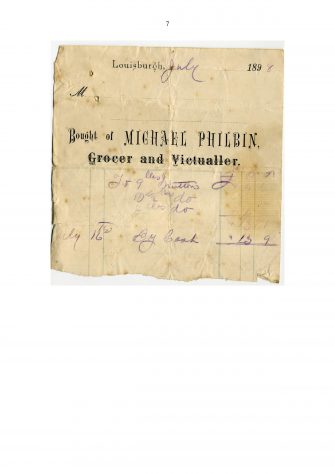 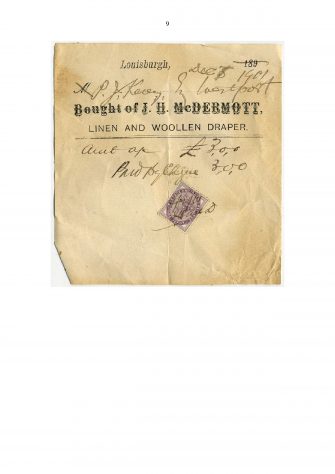 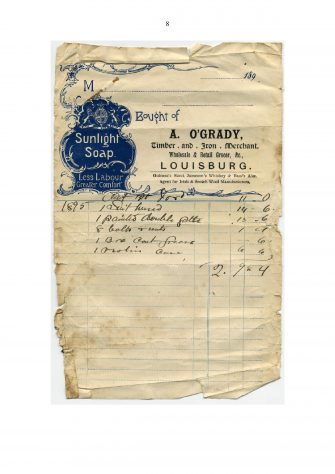 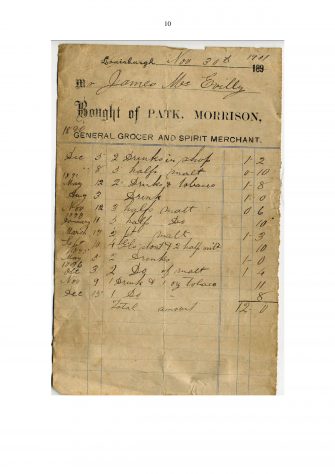 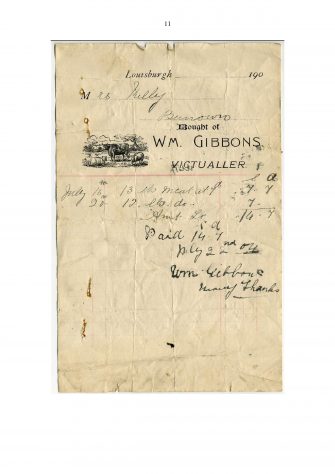 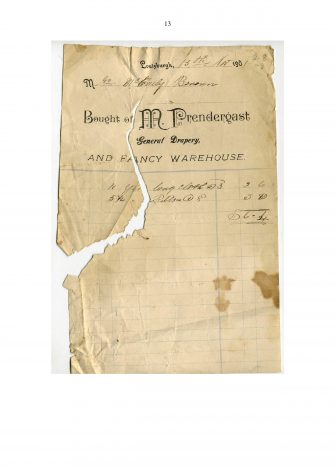 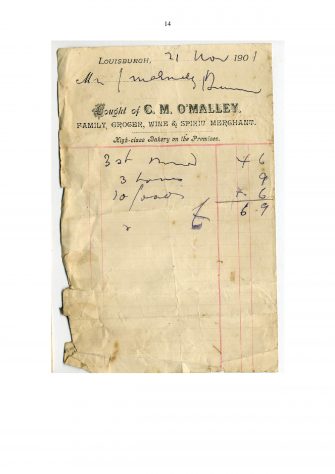 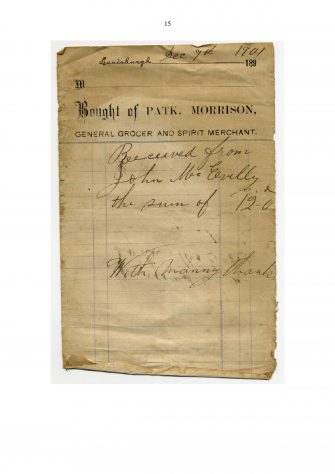 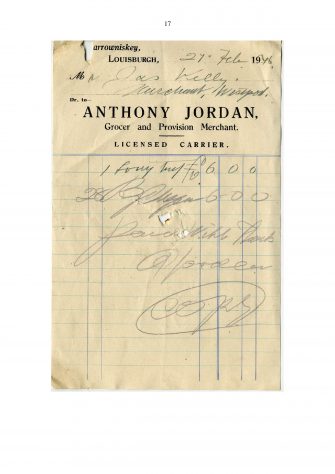 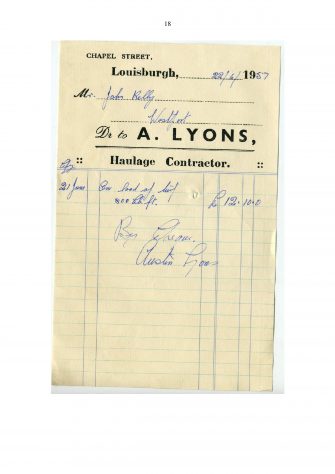 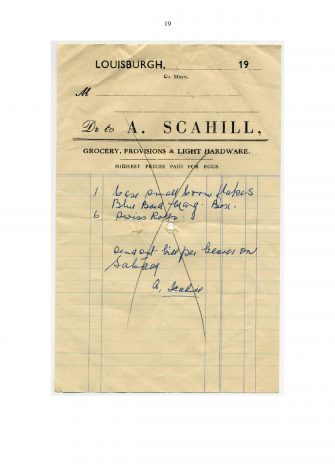 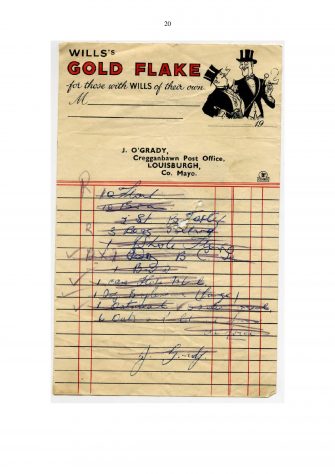 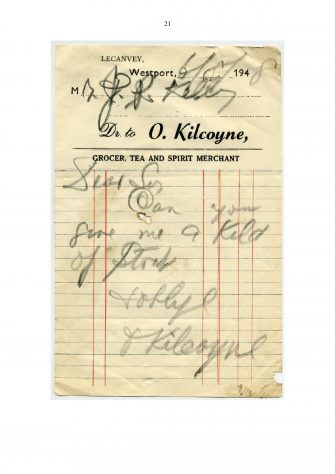 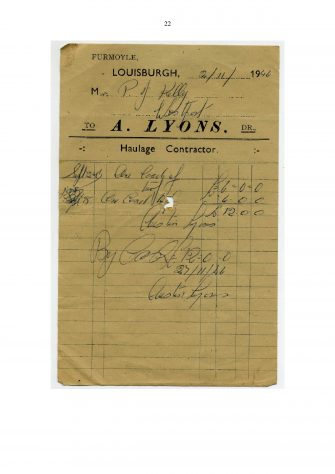 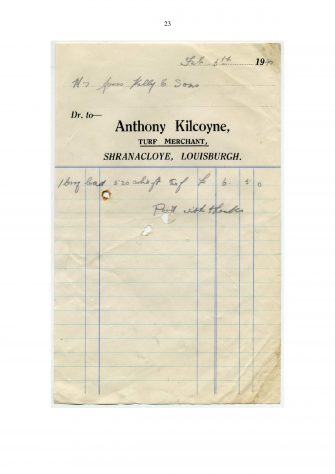 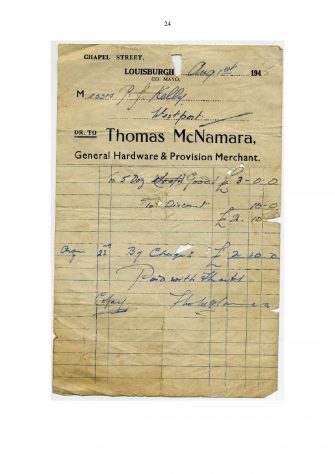 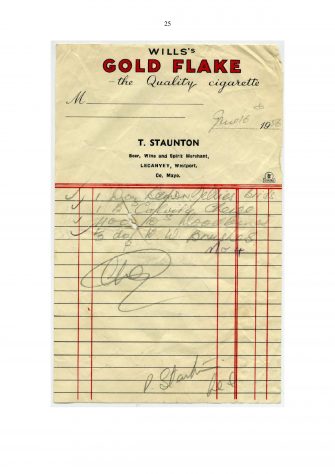 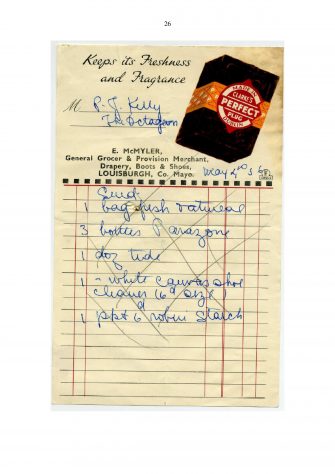 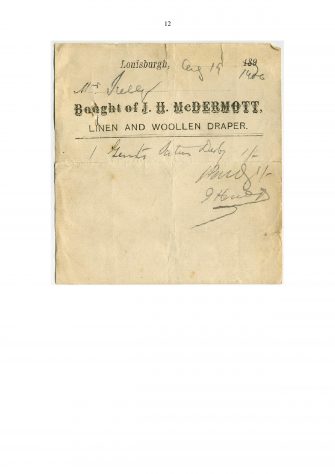 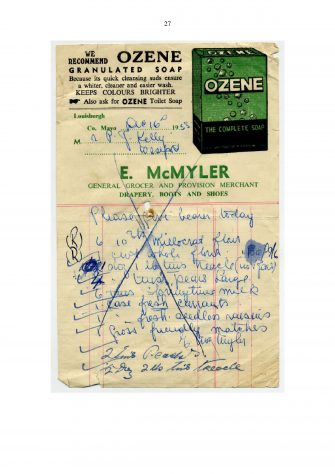