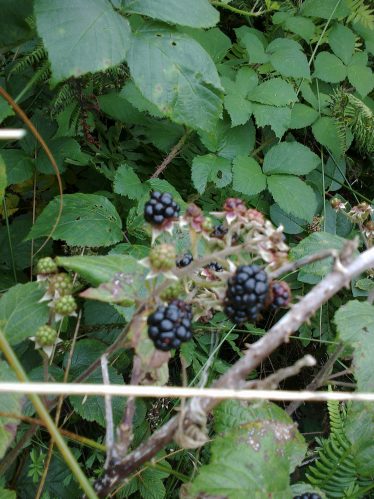 September has a bad reputation. It is the official end of summer, schools re-open and thoughts turn towards long, dark winter evenings. But September can be surprisingly mild here in the West, with many spectacular sunsets leaving us a reminder that the winter won’t last forever. What September provides cannot be rivalled by any other month. Sure, isn’t it only now that the blackberries are ripe for the picking?

The excitement of preparing for the scavenger hunt! Containers, jugs or plastic boxes, washed and distributed so everyone is included. There are plenty of less travelled bog roads and side roads around Killeen but next comes the dilemma of choosing which one to pick before like-minded people strip the briars bare. So commences the competition, who will fill their container first, or indeed who will find the biggest, juiciest blackberry?

The first blackberry is used to stain your fingers by painting your nails. The second berry has to be sampled and eaten. The third berry can enter the container thus signalling that the race is officially off. It was always the thoughts of what wonderful sweet treats could be produced afterwards that enticed us to pick loads as children. The hunt became more entertaining if planned with friends or neighbours to pick together. 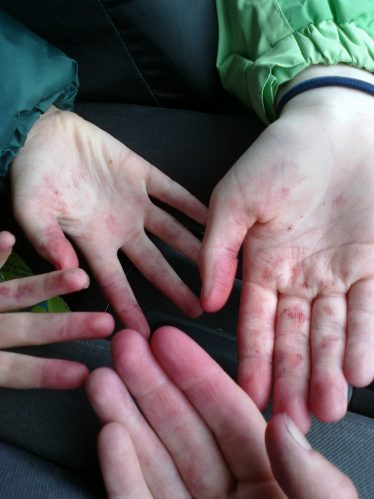 There would be squeals of excitement as we stumbled upon hidden gems among the ferns, heathers and overgrown hedgerows. Then the shocked exclamations of “OUCH” as the briars fought back protectively, catching us and scraping us with their sharp thorns. Undeterred and somewhat shaken we likened ourselves to warriors, not yet ready to give up the battle. Some of the best looking berries were of course out of reach. Either too far in the ditch or too high up the old stony fences. They mocked us, sitting proudly beyond our grasp, laughing at our frustrations. Fuelled by this challenge many fools rushed in. Alas, nature had the last laugh. Torn clothes, droplets of blood and the harsh slap of reality were all that was gained. Still the bravery of trying was always admired.

Home we headed, happy with our bounty, while conversation would turn to what culinary murder we would inflict upon the poor captured fruit. Being greedy soldiers we would of course sample more on the way home. What an explosion of sourness, a bitter yet satisfied taste to hit the buds. The fingers well and truly stained pink and purple and blue by now. No wonder in past times people used the blackberries to dye sheep’s wool for amazing vivid coloured thread, which would be knitted into something useful and quite fashionable at the time. Even the briar rods were cut and woven into baskets or “cliabhs” for carrying heavy goods. 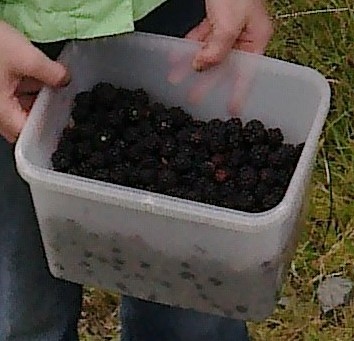 There are many wonderful things in our surround, taken for granted and overlooked daily. A simple walk in the countryside can bring adventure and fun to children of all ages.

The next time you take out your Blackberry, think of September and the real magical world that comes to life every year for free. Much more stimulation and awakening for your imagination than any technology could provide.

How do you eat your Blackberries? Why not click here to find some simple recipes for delicious treats.