My Great Grandfather, John Michael Burke, was born in Louisburgh in 1874. This photograph shows him with his father, James and his mother Margaret (Maggie) McHale. I can remember my Grandmother, Margaret Burke, laughing at this photograph saying that although her father was just a small boy he looked like a very serious old man in the picture. 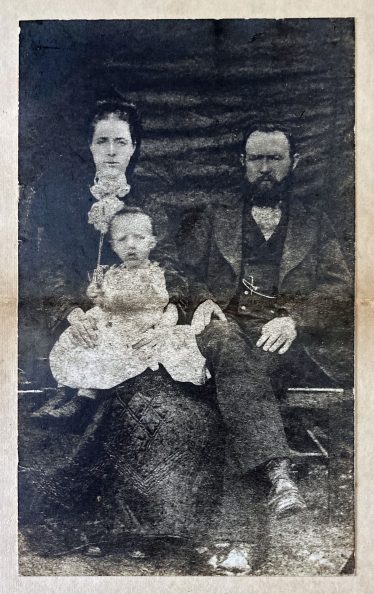 James and Maggie married in 1871 and their entry in the marriage register shows that James’s father was called John Bourke (the ‘o’ seems to have been dropped from the family name at some point), a shopkeeper in Louisburgh, and Maggie’s father was called Michael McHale, a landholder in Formoyle.

In 1874 James became a teacher at the Louisburgh National School. Their second son, Patrick Joseph, was born in 1876 and then in 1877 James and Maggie had a daughter called Mary Teresa.

Unfortunately, over the next few years, life became very difficult for James and his family. In 1878 James’s wife Maggie died from Tuberculosis at the age of 27. A few years later their daughter Mary Teresa passed away, her death certificate stating that she had been frail from birth.

James’s health was also failing and continued to decline over the next few years. Eventually he became too ill to continue teaching at the Louisburgh National School so he moved, with his sons, to the home of his sister-in-law, Kate (McHale) O’Donnell, in Bunowen. Sadly, in 1882, James died from TB and my Great Grandfather, John Michael, and his brother, Patrick Joseph, became orphans. John Michael later recalled that he spent some time living with relatives and then he and his brother became boarders at the newly opened St Joseph’s Industrial School in Letterfrack, Co Galway.

As soon as he was old enough, John Michael left Letterfrack and made his way to Liverpool, England. Using the woodworking skills he’d learned at St Joseph’s he secured a job as an apprentice carpenter at a firm called Costains where he worked well into his 80s until he was politely asked to retire. His brother, Patrick, followed him over to England a few years later and settled in Leigh in Lancashire where he worked as an Insurance Agent.

John Michael never returned to Louisburgh but the families kept in touch. His cousin Kitty (O’Malley) Archer stayed with John Michael and his family at some time during the 1920s in Fazakerley, Liverpool when she worked at the Fever Hospital.

In 1936, Maime Burke, one of John Michael’s daughters, and his son Francis Burke visited Louisburgh and the remaining photographs were taken during this trip. There is very little information on the back of the photographs so the names of the relatives in them are unknown but the names Burke, O’Donnell, McHale and O’Malley are linked to our family.

The Burke family of Liverpool have long since lost touch with their Louisburgh relatives but I always make time to visit this beautiful town, the birthplace of my Great Grandfather, John Michael Burke, when I am staying in Co Mayo. 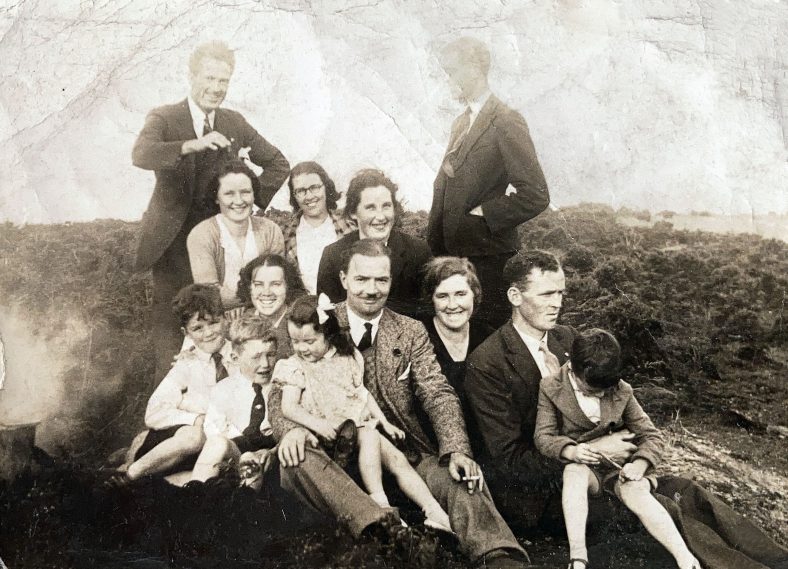 Maime Burke (behind the 3 children at the front) visiting Lough Mask with relatives from Louisburgh. September 1936. 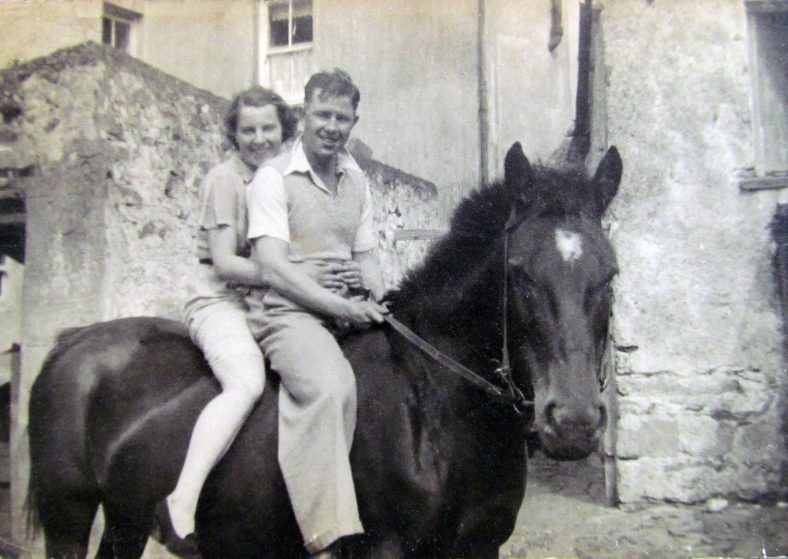 Maime and Francis Burke, son and daughter of John Michael, on a trip to Louisburgh. September 1936 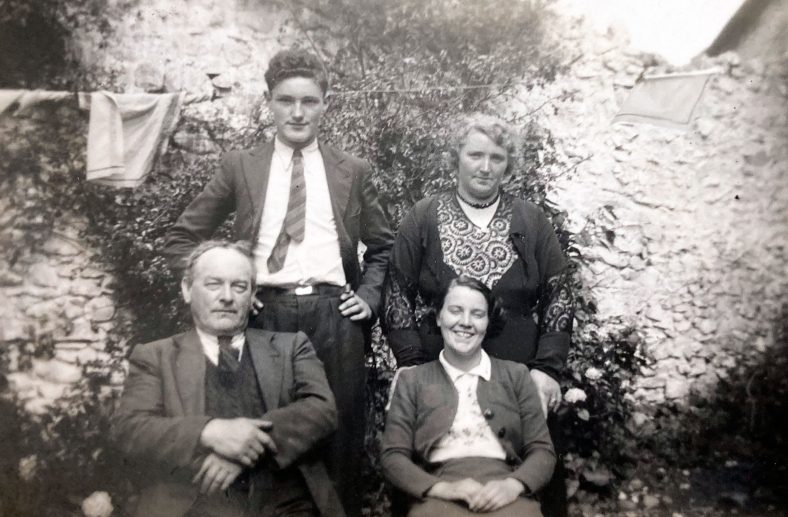 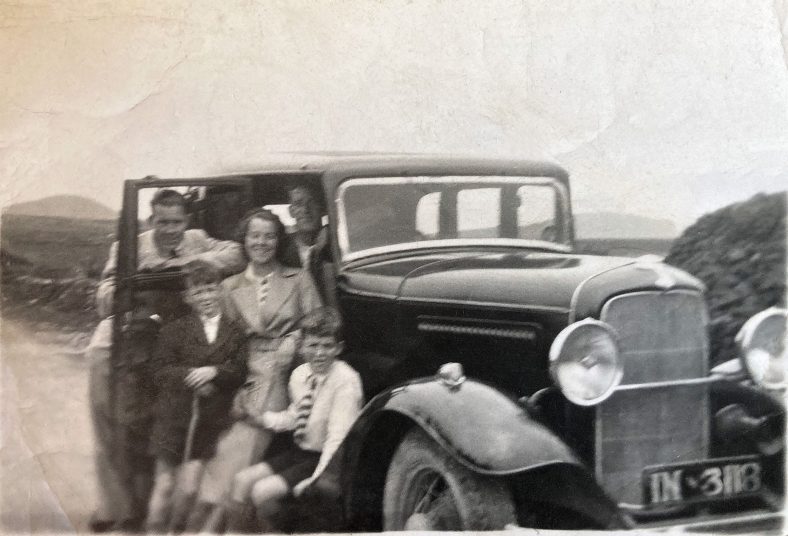 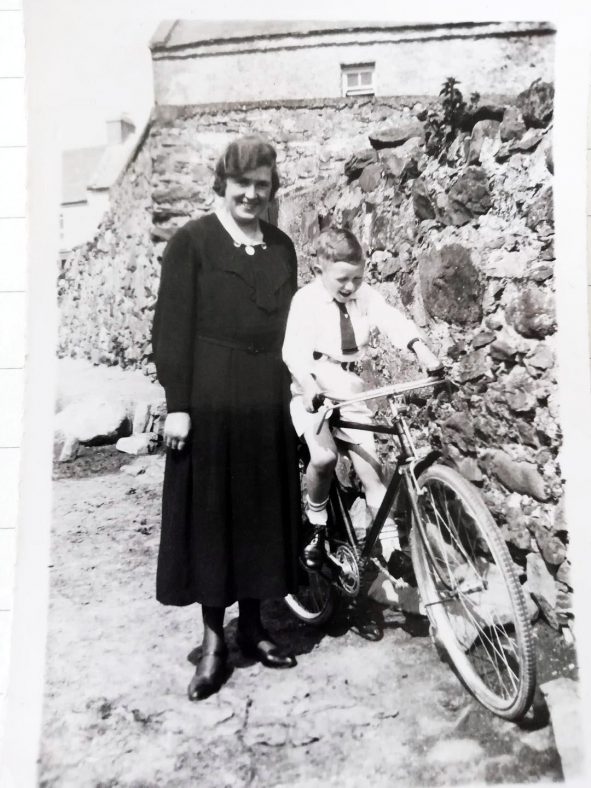 A photo from Maime and Francis Burke’s trip to Louisburg to visit relatives. The writing on the back reads ‘Walter can’t stop giggling as he tries to ride his bike’ September 1936. 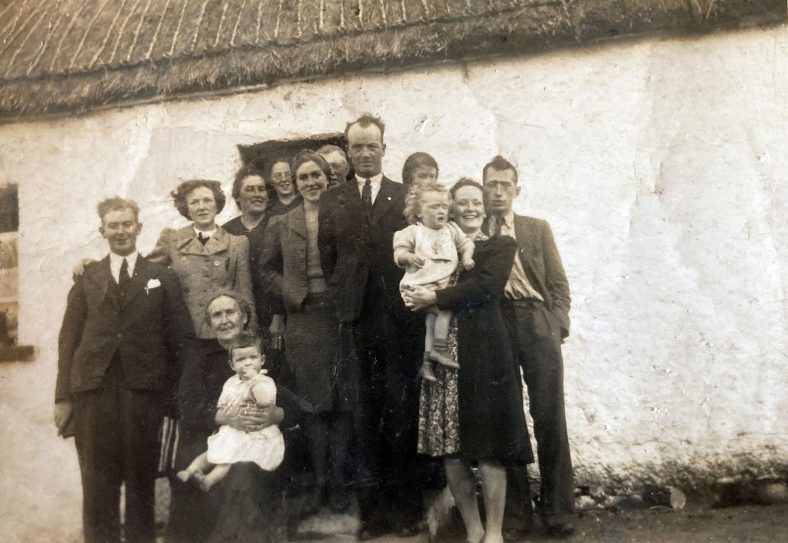