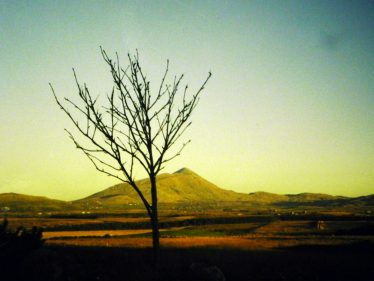 Michael Patrick O’Malley was reared in Doughmakeon in the 1940’s, a village where not many people attended jobs outside the homestead.  It was a busy agricultural village and the Second World War was in full force in Europe, creating a scarcity of many already limited products.

Tending to the basic necessities of the home and remaining self sufficient was a full time job.  Everything, with the exception of tea, sugar and kerosene was acquired within the farm boundaries.  The village consisted of 22 such economically independent holdings, each having a small cottage on the land, the majority of which were thatched.

Michael attended his local school, Accony Primary School.  The school consisted of just one large room, with three teachers, Miss O’ Toole, Mrs O’Toole and Mr Gibbons the Headmaster.  With only one room, utility of space and achieving privacy for each teacher was difficult.   Mrs O’Toole faced south with junior and senior infants, Miss O’Toole faced north with 1st, 2nd and 3rd  class and Mr Gibbons faced west with 4th, 5th and 6th class.  A large turf burning fire was at the back.  The roll varied from 96 to 102 pupils each day, a sizeable figure for a school which served a relatively small area.

Accony  Primary school  saw Michael through many days of learning, many  lunchtimes playing football, eight “Consecrations to the Sacred Heart”, his Holy Communion and Confirmation.  After eight years of schooling, there was the ultimate “Primary School Certificate”, it was what you came to school for and all you could leave school with.  By the time Michael sat his “Primary School Certificate”, he was aged 14 and had acquired a keen interest in farming.  He sat the exam and the results gave him the opportunity of attending St. Jarlath’s College, Tuam, but he declined as his love for the land was greater.

From 1945 until 1951, Michael stayed in Doughmakeon, farming the land with his father.  He enjoyed ploughing and mowing with his two horses and loved to “turn a straight furrow”.  During this time Michael attended night classes in agriculture in Carrowniskey School under the tuition of a Mr. Winters.  The class motto was: To produce the largest crops, at the lowest cost, of the best quality, without reducing the fertility of the soil.

Michael spent two terms learning woodwork at the Tech in Killeen.   During those particular years, Michael also became involved in drama.  With the local drama group, he helped stage two plays, which were performed in Louisburgh, Mullagh, Drummin, Clare Island and Keane’s Hall, Killeen.  The proceeds purchased new footballs and paid for the rent of Mc Hale’s Park, Accony where on many Sunday afternoons passionate football was played.  After an enjoyable, but tiresome day playing football, Michael and his friends could be found at Keane’s Hall or watching a film in Mc Dermott’s Hall.

By late 1940, emigration seemed to have really kicked into action.  At the time it seemed natural to want to emigrate, as the saying goes “Far away fields are always greener”.  On the 15th April 1951 Michael, aged 19 left behind the family home in search  of a more economically  beneficial life in America.  Britain wasn’t an option at the time because his family had a great affinity towards the USA.

Michael sailed from Cobh, Co Cork on the ocean liner The Mauritania. The crossing took six days and arrived in New York on the 21st April 1951.  He took the train from Grand Central Station New York to South Station, Boston where he met his aunt and her husband and introduced to his cousins.

It took time to settle but within two weeks he had a job with a construction company laying gas pipes.  The company was owned by an Austin O’Malley from Roonith who had emigrated some years earlier.  The work was not difficult and Michael earned $1.35 an hour.  Work and work practices transcended all ill feelings between different religions which Michael found pleasing.

The social scene in Boston was enjoyable with three or four Irish dance halls to choose from every Wednesday and Saturday Nights.   Michael also enjoyed Midnight Cruises, where a Cruise Ship sailed forty miles out into the Atlantic from Boston and had Irish dances on board.  As enthralling as it was, it was not as satisfying as home.

National Service in the US Army

In 1951, the USA were involved in the war in Korea and Michael got called up for National Service.  He first went to Samson Airbase, north of Boston for two months of “physical hell” (training) after which he became “Private 1st Class” and earned his first stripe.

In  January 1952, Michael was transferred from Samson Airbase to  Tennessee. The rigorous training had now stopped and it seemed more like normality.  He enjoyed Memphis, Tennessee and came to enjoy country and western music there.

He found Arkansas and Mississippi surprisingly backward.  Cotton fields were vast and the mules were slow and awkward and unsuited to their work.  The rural people also seemed to lack the pride, drive and independence that was taken for granted by the people in the West of Ireland.  Training at Tennessee was at a relaxed pace.

There were “I & E lectures” several times a week, dealing with: The U.S, Presidency, The House of Representatives, Congress, The Nine Chief Justices of the Supreme Court, Military Regulations and Directives and U.S. History.

Michael’s term in Tennessee ended in December 1952, when at this stage as a Corporal he was transferred to Thule, Greenland.  As Michael and his Colleagues departed West over Airbase, Massachusetts for Goosebay, Labrador, he felt saddened, as he was leaving what he considered his second home.  From Goosebay, they flew on to Sondostorm, Greenland where they rested for the night before flying into Thule on Christmas Eve.

A far cry from home

Thule was an important airbase, with large runways and was a supply base for inventory.  It was situated midway between the North Pole and the Arctic Circle on the North West of Greenland.  It was difficult to adjust, because of the 24 hour darkness in mid December and 24 hours of sunlight in mid June.  There was no vegetation of any kind, just snow and ice.  It was a place where one had to be very alert and avoid such things as yawning outside, which could result in the freezing of one’s lungs and consequently death.  Greenland was in Danish possession and the Danish Government had forbidden Michael and is colleagues to fraternise with the Eskimos, which may have given rise to awkward situations.  At Thule, the soldiers maintained, fuelled and supplied the army’s aircrafts and inventory, the work was essential for the smooth running of a war.

Finally, in December 1953 Michael was transferred to Otis Base, Massachusetts which delighted him.  Military discipline was lax and Otis seemed like a rest home for soldiers who had served overseas. Michael received the title of Sergeant and earned a third stripe here.   While serving at Otis, Michael purchased his first car, a 1948 eight cylinder Buick, the car proved very useful as it give him an opportunity to see his family and friends in Boston.

In Mid-October, 1955 Sergeant Michael Patrick O’Malley was discharged from the United States Army credited with a medal for “Good Conduct” and a medal for “National Defence”

After leaving the army, Michael got a job as a power plant worker, he cleaned and oiled machinery for “Rivere Sugar Refinery, Boston.  Between working and attending an engineering school, he progressed through the licensing system they had: 2nd Firemen, 1st  firemen, 3rd engineer and 2nd engineer, which was a four year course.  On completion of his course at Peterson Steam Engineering School, he acquired a job at Schraffts Chocolate Co. for a couple of years.

Michael worked with an Electric Company in Braintree for 15 years, operating steam turbo generators until family circumstances were such that continuity was expected in the family farm in Doughmakeon.  Michael, his wife and three youngest children returned home in September 1978, saying goodbye to their four older children who went through third level education and were working in America.

Emigration is not a great experience for all, some do very well in their new  surroundings, others do fairly well and some are afforded the luxury of returning home.  Unfortunately for some, it can be a very lonely life.

Let us hope that Ireland adopts a caring and just policy towards those who in the 21st century seek a refuge on our shores. 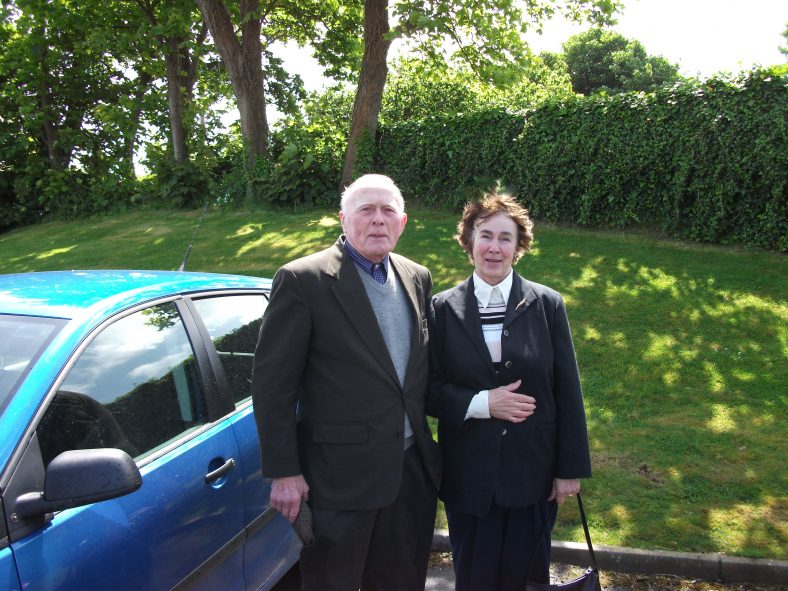