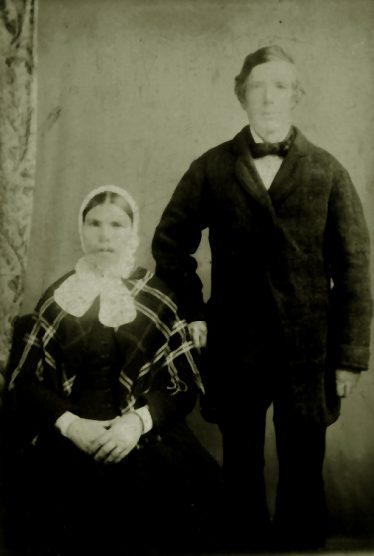 My great grandparents, Peter Hallinan and Nancy Kerrigan, were married at the Roman Catholic Chapel of Cuslough in the District of Louisburgh. They had eight children and lived in Kilgeever their married life. Their daughter Ann, my grandmother, emigrated to Clinton Massachusetts in the 1880’s as a teenager then soon moved to Manchester, New Hampshire, but that’s another story.

We heard that Peter Hallinan was a tailor, but that was never substantiated. Then, about fifteen years ago I got a copy of their marriage certificate and was surprised to learn that tailor was listed as his position.

The residence listed at time of marriage for Peter was Kilgeever and for Nancy it was Glenanean, which I can’t seem to locate. If anyone can shed some light on this location (Glenanean) as well as Cuslough for the Louisburgh Chapel it would be greatly appreciated?

In 1997 when visiting Louisburgh with my mother and three sisters I tried to find the thatched cottage where they once lived (see Edward Hallinan cottage) only to find out it had fallen into ruin and subsequently razed.

While searching, I met Tony Maxwell the current owner and the son of Willie and Julia Maxwell whom I had stayed with so long ago. We were soon joined by a neighbour, Mary Moran. Mary asked who I was looking for. I told her of my stay with Willie and Julia in the mid seventies. She said that Julia was her relative and told me Nancy Kerrigan, my great grandmother, was also her grandmother and she had a funny story to share.

I assume this must have occurred sometime near the end of the 1800’s and cement was not commonly used on the farm. The men were pouring cement for the pig pen. Nancy came out to inspect their work and proceeded to walk on the floor. Because it was still fresh she sunk in and let them know that “this would never do for pigs”.

I had not planned on going to Louisburgh as our time in Ireland was short. Having had the opportunity to meet with both Tony, his wife Tess and Mary just made our day. How lucky I was to have had this experience. 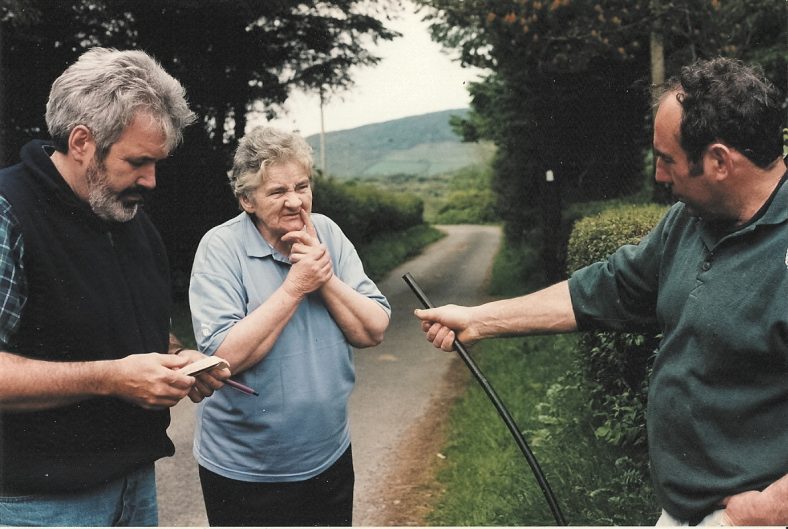